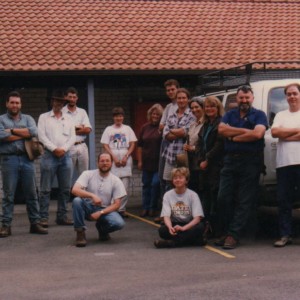 The field survey crew for the Second Sydney Airport project, (1997)

The field survey crew for the Second Sydney Airport project (1997)

John Starr and dogs, then leaseholder of extensive portions of what is now Gungahlin, ACT (1992)

Recovering a section of tree trunk for the conduct of a dendro-chronological analysis. Gungahlin Drive Extension, ACT (2003)
12►