NOHC are proud to sponsor and /or support the following initiatives 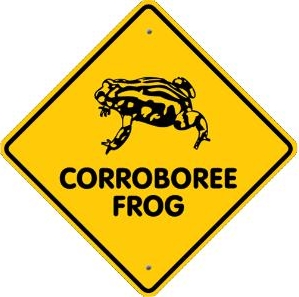 Both Corroboree Frog species are threatened with extinction. The Southern and Northern Corroboree Frogs are listed as Critically Endangered at a state, national, and international level.

Annual surveys of all known sites for the Southern Corroboree Frog suggest that this species is perilously close to extinction in the wild. In January 2014 only six males were found and no eggs were found in their nests. This rapid decline towards extinction in the wild began began when amphibian chytrid fungus first arrived in Kosciuszko National Park. Surveys for the Northern Corroboree Frog have shown a similar pattern. Some Northern Corroboree Frog populations within the Fiery Range continue to support good numbers of frogs, and hopefully this suggests that these populations are more robust and secure in the longer term. 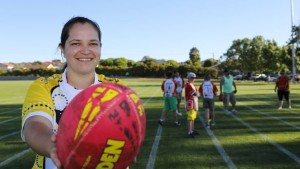 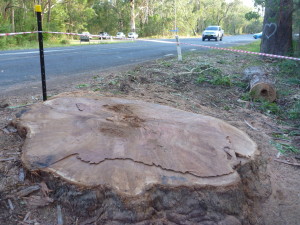 NOHC are contributing support and expertise in a Berry Landcare initiated dendrochronological analysis of a sample  from the ‘Bum Tree’ formerly situated on the Crooked River Road, near Gerroa, NSW (Photo NOHC 2014).