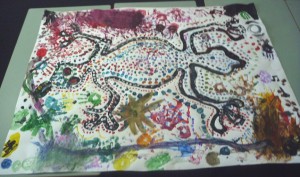 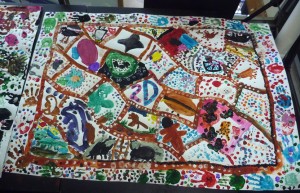 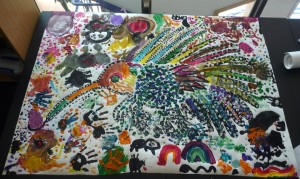 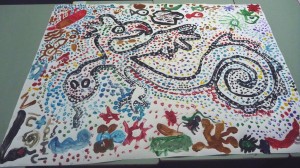 As part of a year two inquiry at Red Hill Public School (ACT) into Aboriginal art and ‘Who we Are’, NOHC Director Kelvin Officer, recently led a workshop with the year two pupils called ‘Inspired by Aboriginal Art’. An outline of the rich heritage of Aboriginal art and its cultural function in communicating identity, was presented to an enthusiastic audience. Each class then created a group painting in which elements of their own identity and life values were entrusted to paper. A highlight of the year for NOHC. 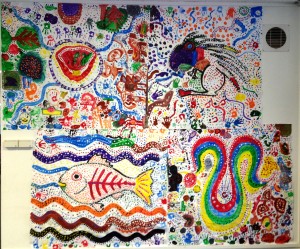